Book Review: As I Descended 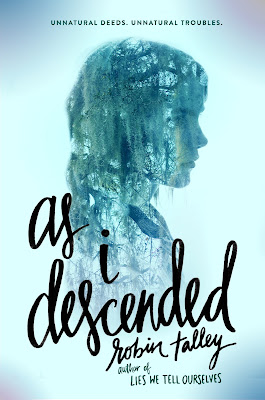 As I Descended by Robin Talley

Maria Lyon and Lily Boiten are their school’s ultimate power couple—even if no one knows it but them.
Only one thing stands between them and their perfect future: campus superstar Delilah Dufrey.
Golden child Delilah is a legend at the exclusive Acheron Academy, and the presumptive winner of the distinguished Cawdor Kingsley Prize. She runs the school, and if she chose, she could blow up Maria and Lily’s whole world with a pointed look, or a carefully placed word.
But what Delilah doesn’t know is that Lily and Maria are willing to do anything—absolutely anything—to make their dreams come true. And the first step is unseating Delilah for the Kingsley Prize. The full scholarship, awarded to Maria, will lock in her attendance at Stanford―and four more years in a shared dorm room with Lily.
Maria and Lily will stop at nothing to ensure their victory—including harnessing the dark power long rumored to be present on the former plantation that houses their school.
But when feuds turn to fatalities, and madness begins to blur the distinction between what’s real and what is imagined, the girls must decide where they draw the line.
From acclaimed author Robin Talley comes a Shakespeare-inspired story of revenge and redemption, where fair is foul, and foul is fair.

As I Descended was darker and more twisted than I thought it would be. The cover gives off the illusion that the novel would be a frilly yet somewhat unsettling contemporary; I was caught completely off guard. Instead, I read about controlling, frightening spirits, competitions that can drive people over the edge, and old legendary ghost stories that might not be just stories.
Overall I would recommend As I Descended to anyone that can handle the horror and is willing to get a glimpse of what truly lies after death.

Recommended if you like: ghost stories, thrillers, horror novels, spirits, high school competitions, reading about characters who hide what they truly feel about everything