Book Review: The Secret History of Us 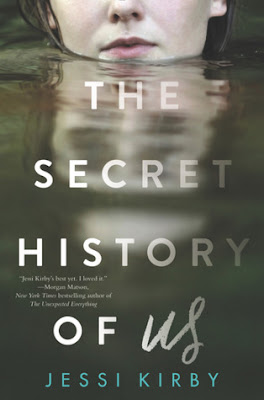 The Secret History of Us by Jessi Kirby

Olivia wakes up to realize she doesn’t remember. Not just the accident—but anything from the last four years. Not high school. Not Matt, the guy who is apparently her boyfriend. Not the reason she and Jules are no longer friends. Nothing.
That’s when it hits her—the accident may not have taken her life, but it took something just as vital: her memory. The harder she tires to remember things, the foggier everything gets, and figuring out who she is feels impossible when everyone keeps telling her who she was.
But then there’s Walker. The guy who saved her. The one who broke her ribs pumping life back into her lungs. The hardened boy who keeps his distance despite Olivia’s attempts to thank him.
With her feelings growing for Walker, tensions rising with Matt, and secrets she can’t help but feel are being kept from her, Olivia must find her place in a life she doesn’t even remember living.

Review:
The Secret History of Us is your generic I-lost-part-of-my-memory-and-now-things-have-changed type of novel. It was a good read, but just that. It wasn't very exciting; it lacked the drive that makes you want to finish the book. I stayed until the end though, thinking that maybe, just MAYBE the plot might pick up a bit or something might pique my interest. No such luck. The ending was satisfying and decent enough, I just wish there was something more. Maybe a bigger, more extravagant plot twist, or a more in-depth examination of the accident.

Email ThisBlogThis!Share to TwitterShare to FacebookShare to Pinterest
Labels: 2017 release, Contemporary, Jessi Kirby, memory loss, the Secret History of Us