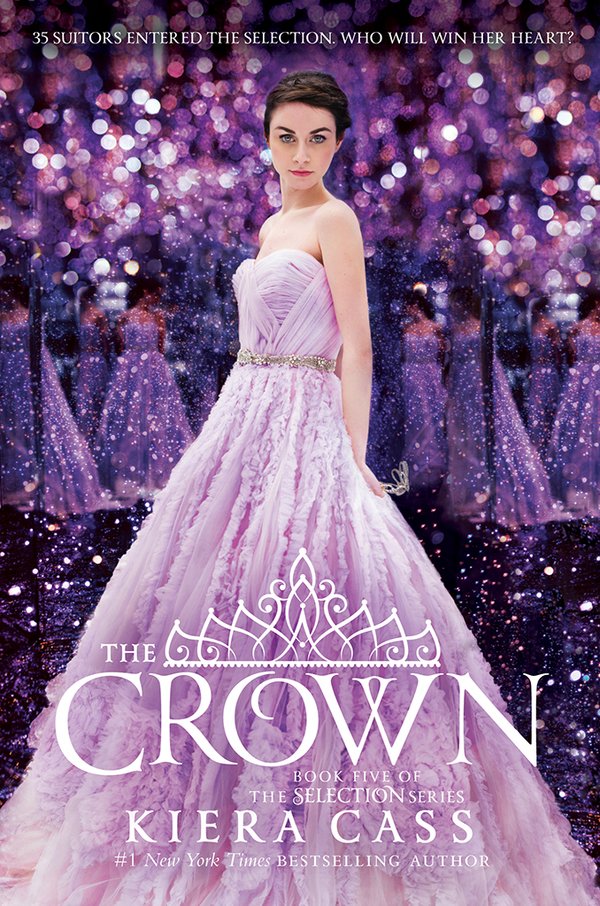 The Crown by Kiera Cass

Description from GoodReads: When Eadlyn became the first princess of Illéa to hold her own Selection, she didn’t think she would fall in love with any of her thirty-five suitors. She spent the first few weeks of the competition counting down the days until she could send them all home. But as events at the palace force Eadlyn even further into the spotlight, she realizes that she might not be content remaining alone.

Eadlyn still isn’t sure she’ll find the fairytale ending her parents did twenty years ago. But sometimes the heart has a way of surprising you…and soon Eadlyn must make a choice that feels more impossible—and more important—than she ever imagined.


Review:
I read the Selection series a few months before the One was released. I waited religiously for it's release. Then waited again for the Heir and now again for the Crown. Oh boy, was it worth the wait!
This was a beautiful conclusion to a wonderful tale that I will miss dearly. But it was sort of weird watching America "grow up" and then watching her daughter "grow up". The fact that America was a little more distant in this series and book in particular was sad, because I really wanted to get to know grown-up America. It did really give us a different perspective into Maxon, though, which was nice.
The boys, now that all the grossness was eliminated in the last book, are all nice people, and the reasons that they're let go in this book are valid (and at some points a little sad, or sweet). I'm a little disappointed with who Eadlyn ended up with, as he was not the one I liked best. But she did end up with someone who complimented her.

"Maybe it's not the first kisses that are supposed to be special. Maybe it's the last ones."
"Some see a weed; some see a flower. Perspective."
"Your impression of everyone is probably wrong in some way."


Optimistically yours, Ola
Posted by Unknown at 9:38:00 AM